What the best strategy for contest, taking risks or playing it safe?  What if you have a voice that will drive some people to bash their heads into walls and others to quake in their boots with feelings of divine ecstasy? In the words of this Words with Winners feature, Eric LeMay says that winning a contest might validate that he's met his goal of "creating work that's worthwhile", but it may also mean something else...


"Winning a contest can be a nice sign that I might have accomplished that aim. Of course, it might also mean I've created something unobjectionable enough to get past readers with very different tastes, the aesthetic equivalent of hotel furniture" 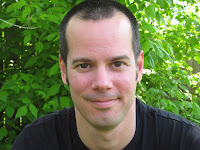 Eric LeMay has taught writing at Harvard, Columbia, and the University of Chicago. He is currently on the faculty of the writing program at Ohio University, his alma mater. He serves as an associate editor for the New Ohio Review and the web editor for Alimentum: The Literature of Food. He is also a host on the New Books Network. He has published two books, and his work has appeared in The Paris Review, Gastronomica, Poetry Daily, the Best Food Writing series, and other venues. He lives in Athens, Ohio, with his wife and fellow writer, Kristin LeMay.

Find out what else he has to say about writing contests below:

1. What did winning the Emergency Press contest mean to you personally?

I'd like to think no writer ever becomes wholly inured to that zing that comes from readers affirming his or her work. Winning the Emergency Press's International Book Contest was wonderful in that most basic sense: hey, we like your stuff. I appreciate it all the more, because a lot of my stuff is easy to dislike. Readers, including ones I admire, can find it overly formal or overtly experimental, so I was heartened when Nicholaus Patnaude, the contest judge, chose it and the press got behind his choice. That's one of the cool things about this particular contest: former winners chose the winning manuscript. I think that structure attests to how much Emergency Press values its authors.

2. What has been your past experience with writing contests?

I've won one or two and lost more than I can count. On the whole, I'm glad they exist, even when those "Dear Entrant" notes come back. Contests can be a way for small journals and presses to generate revenue and publish new work, especially in noncommercial and experimental modes, and I'm all for that. Editors and publishers at places such as DIAGRAM , Orphan Press , and Springgun Press are figuring out new models to make exciting work available to us. Contests can play an important role in that effort. Thinking about the entry fee in that light makes losing $20 or $25 easier.

3. How has winning contests boosted your career as an author?

The contests I've won aren't as career-making as the Pulitzer Prize, so the boosts have been mostly to my spirit. I don't think of myself as having a career as an author, although I see the argument that I do. Still, in my writing life, I consider myself as someone mustering his finite energy in the hope of creating work that's worthwhile, work that might abide. Winning a contest can be a nice sign that I might have accomplished that aim. Of course, it might also mean I've created something unobjectionable enough to get past readers with very different tastes, the aesthetic equivalent of hotel furniture.

4. Why did you choose to enter this piece to this specific contest?

Emergency Press has an explicit commitment to "emergent forms that fall outside these traditional categories." That's right on their homepage. And the work they've published bears witness to that commitment. Chris Fink's novel does a keen riff on the Farmer's Almanac, and Lenore Zion  has a fine comic take on childhood and cults in Stupid Children. I recently read Erika Rae's lively memoir, Devangelical , which begins at the end of the world, and Nicholaus Patnaude's new book, First Aide Medicine, just came out a few days ago. It looks to be a wickedly grotesque romp in text and image.

5. What role should contests play in a writer's development?

None, if by development you mean the cultivation of a unique artistic sensibility. I find it hard to imagine the great writer who would look back on his or her novice days and say, "Only through entering that contest did I discover my vision. Thank goodness for Submittable."

6. Why should poets enter essay contests? And why should essayists write poetry?

I have a suspicion the real question is about why a writer would want to work outside of his or her genre of expertise. And the reasons for that abound: because you might find a new love, a true love, maybe even a multi-, hybrid- or poly-genre love; because you might open up new aesthetic strategies or might limber up old ones that you can take back into your primary genre; because it's fun. To speak of poetry and the essay in particular, they share a special relationship, at least in their more contemporary modes, because they're both genres that can thrive without narrative. In a poem or essay, you can escape time and its relentless arrow.

7. How does being an editor shape the way you write?

Once upon a time, I was the only slush pile reader for a fairly prestigious magazine. I read 2,000-plus submissions in nine months. Twice. I wish this experience on no one. It did, however, alert me to the sort of writing that's competent, that may even seem good to its author, but that doesn't live on the page. Ever since, I've had a voice in my head that will show up when I'm rereading a draft of my own work and say, "Feels like number 1,678, LeMay."
And yet editing has also been deeply rewarding. Literary editors work hard, often for free, and the motivation for that work is discovering and showcasing talented writers. In the editorial work I do at Alimentum and the interviews I do for the New Book Network , I love coming across talented writers whose work I can share with readers, writers such as Emily Nemens, Elena Passarello, and Andrew Haley. On occasion, this is an excitement I feel about my own work, that someone might enjoy it. That's a happy moment.
Posted by Unknown at 1:00 PM

Email ThisBlogThis!Share to TwitterShare to FacebookShare to Pinterest
Labels: words from winners